It is a disgrace to watch UN celebrate a farm animal as the savior of life itself. 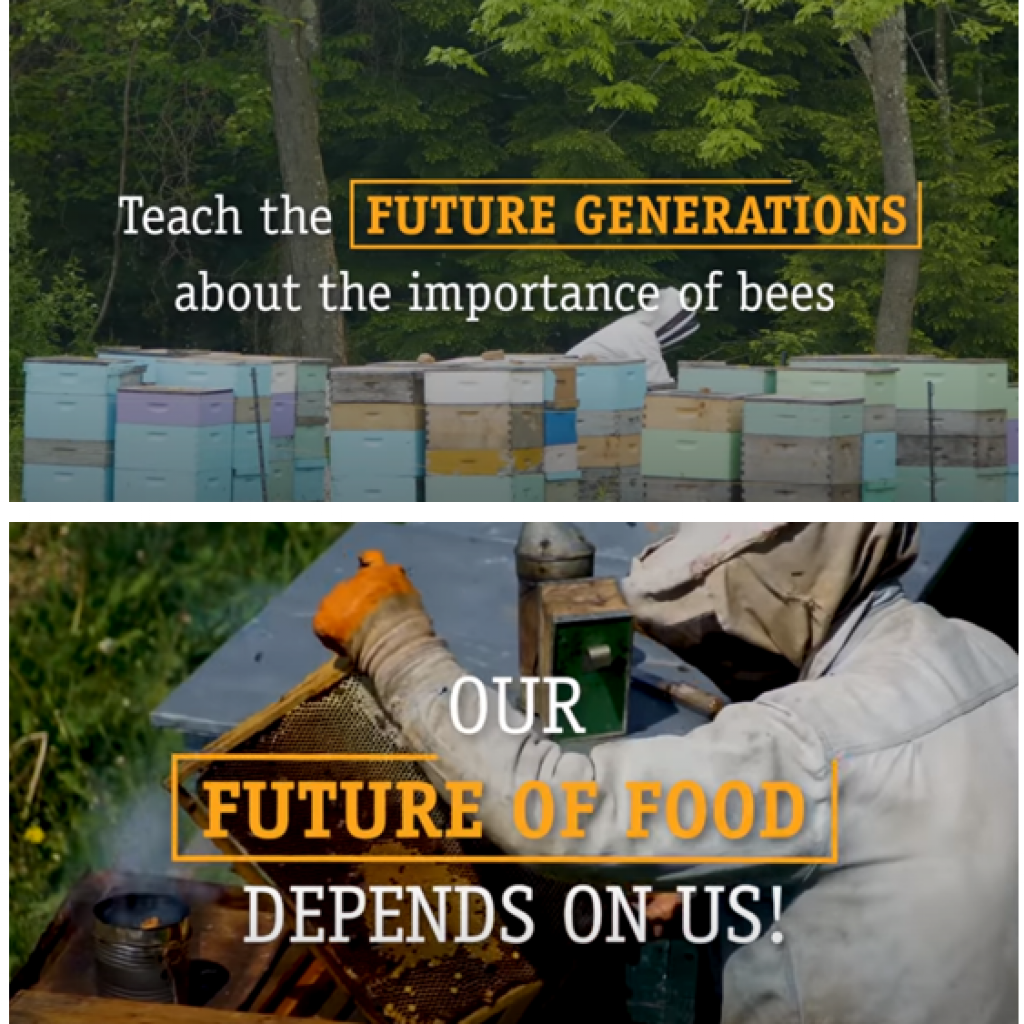 “Wild birds are endangered. If we get some more chickens, conditions for wild birds will improve.” Sounds crazy, right? Well, that´s how crazy the reasoning behind UN´s “World Bee Day” is, which the organization celebrates worldwide for the third time on Maj 20.

By Nina L. Hansen, journalist and founder of the Danish NGO, PLAN Bi

The bees are threatened by extinction – the wild ones that is. That is a fact that most of us have come to realize by now.
But their competitors, the honeybees, they are about as endangered as chickens.

As long as there are people who have a propensity to honey and bee-income, the world will have honeybees!
And the honeybees just keep getting more and more numerous. The world has gotten 45% more honeybees in the last 50 years, and in the same time the flower-richness of the world has simply plummeted.

It is as obvious as gravity that this is the road to disaster for wild bees, of which the world has had about 20.000 species – but species are dying of every day.
If we want a rich nature, and a high bee-biodiversity, then we must think carefully: How many honeybees will we allow – and where?
Do we want honeybees in all our nature reserves? Do we want them in all off our cities?
Is it a human right to put up beehives wherever You want to?

The absolute last thing that wild bees need is a worldwide organization like UN to make a yearly add-campaign for the farm animals, that every day compete with them for less and less food.

Why would UN claim to want to “save the bees”, when what they are really doing is promoting the exact farm animal, which is making life more difficult for those bees, that they claim to want to save?

To grasp that, one will have to study how the “World Bee Day” got implemented in the first place.

The yearly celebration of a “World Bee Day” is the result of an enormous lobby-effort by the beekeeping association of Slovenia. It was never ment to celebrate others than the honeybees. “The other pollinators” is just an appendix.

All the way through the UN the beekeepers – let´s call it promotion-effort – flew right up through the system, it seems. No questions asked about competition for food.
https://www.worldbeeday.org/en/about/timeline.html

No one in the system supposedly lifted an anther by the prospect of announcing a day, where the whole world is to celebrate a farm animal. Day of Pigs, anyone?

Honeybees competes with wildlife for food and there is a proven risk that bee-illnesses can wander from kept bees to their wild cousins, but nobody in UN seems to mind, that the whole celebration is disguised as a helping hand to biodiversity – the biodiversity which is actually threatened all over the world.
This is not only a totally meaningless celebration-day. It is in fact yet another nail in the coffin of the wild bee-species of the world.

The makeup is thickening

The first year of celebration, 2018, the purpose of “World Bee Day” stood crystal clear to anyone who looked at the website. There was not one picture of a wild bee in sight anywhere. The UN advocated wholeheartedly for more people to become beekeepers; because beekeepers do a “fantastic” effort in saving “the environment”.

High and low was called to stand to attention and praise the day – including the Pope! He is cited for saying that he “welcomes the World Bee Day initiative”.
https://www.worldbeeday.org/en/about/supporters.html

But then again, the Pope is also himself a beekeeper – there are honeybees on the papal summer residence – and more and more of them too, by this account:
About the Pope´s honeybees

Now, three years later, even the beekeepers are realizing that “ordinary people” are becoming aware of the fact, that a bee is not just a bee. Therefore, the window-dressing has changed.
Now there´s a lot more information about “the other pollinators” on the site of World Bee Day – on the surface.

But any link You follow leads to nauseating glorification of honeybees under the false pretense: “The bees are dying – save the honeybees”.
Being a Dane, from the land of Hans Christian Andersen, I must say that I have seldom seen a clearer example of: “Good day, Fellow.” “Axe handle.”